After weeks of relentless rainfall the sun has finally returned to Aberystwyth, just in time for the beginning of summer! Taking up my usual uncomfortable (and slightly damp) seat on the slipway beside the harbour edge this morning I soaked up some much needed sunshine whilst waiting to see what birdlife might appear.

An hour or so later and I’d seen nothing apart from an occasional herring gull screeching noisilly overhead. The warm sunshine had also brought out the tourists and locals, their noisy activities and the boat traffic no doubt contributing to the lack of bird activity this morning.

I was just ready to pack up and call it a day when I decided a few more minutes wouldn’t hurt … It was just then that a female mallard appeared in the entrance to the harbour, accompanied by seven tiny chirping ducklings!

To my immense delight the mother soon led her ducklings the shoreline, where her young could more easily reach the algae and vegetation they feed on. This enabled me to  capture some lovely close up images. 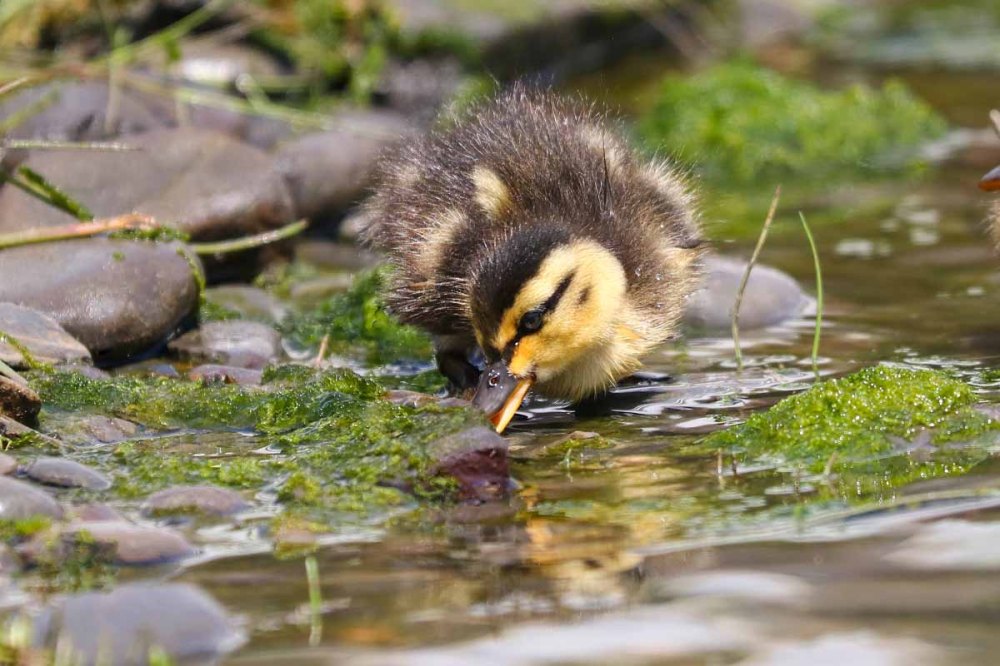 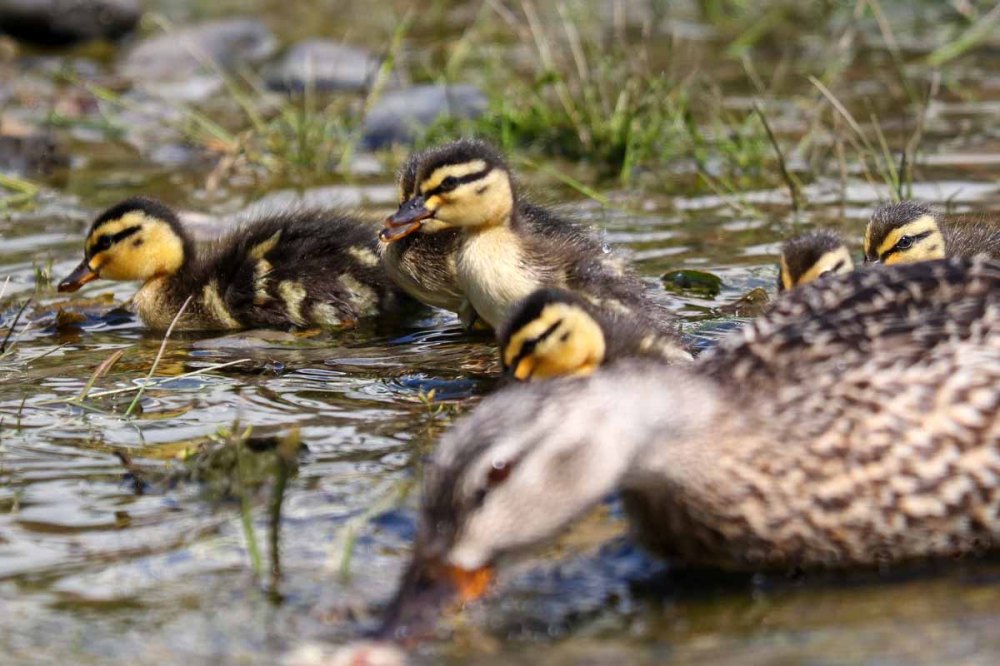 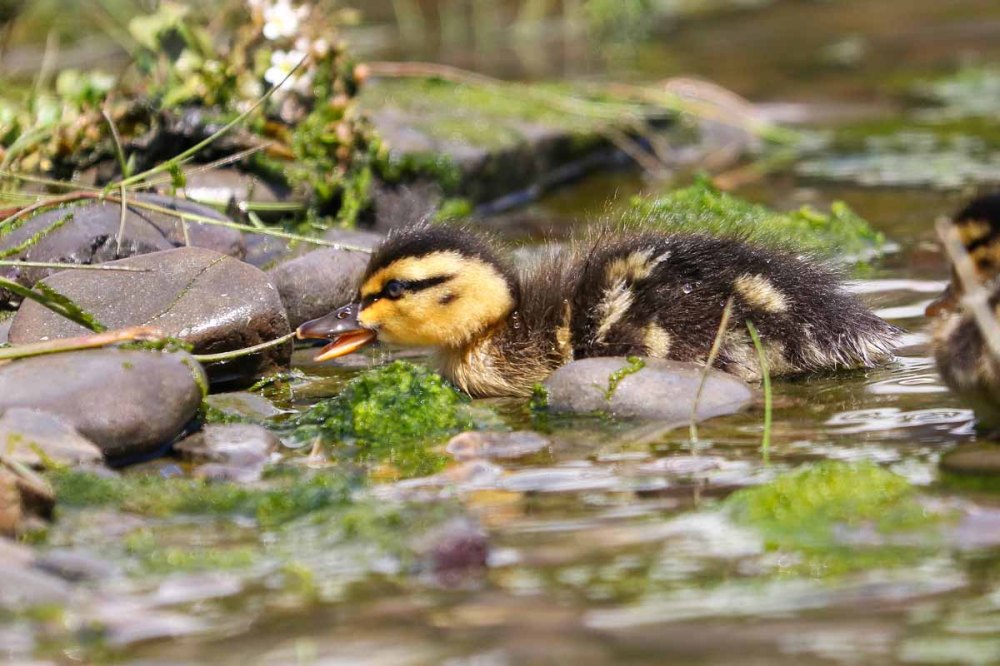 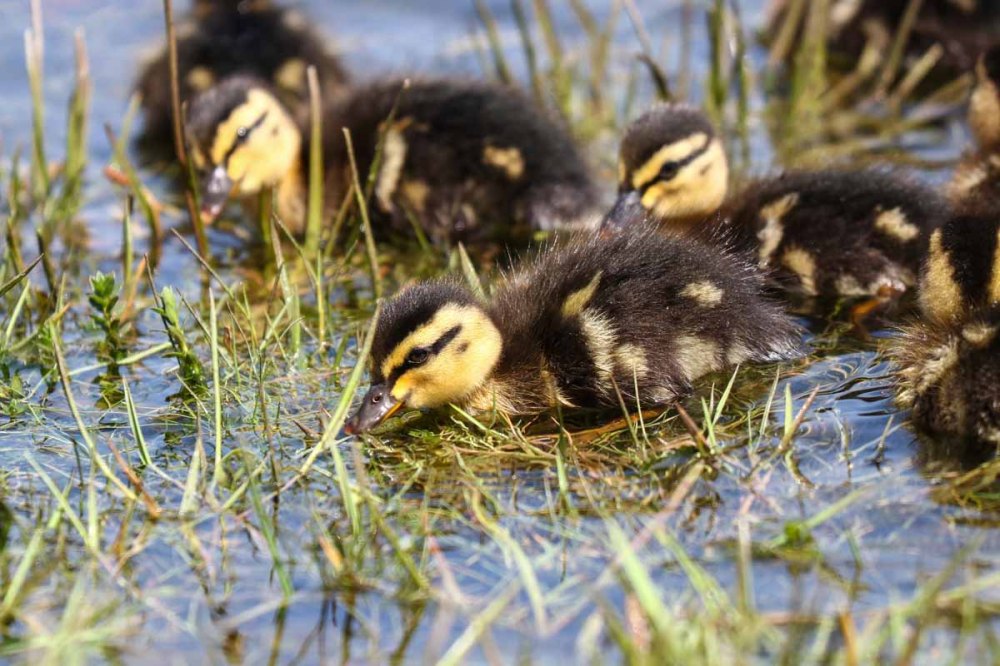 This mother appeared to be one of several fairly tame females that frequent the area, as she was not at all concerned about her ducklings swimming within a few meters of me. They too had very little fear providing I didn’t make any noise or sudden movements. 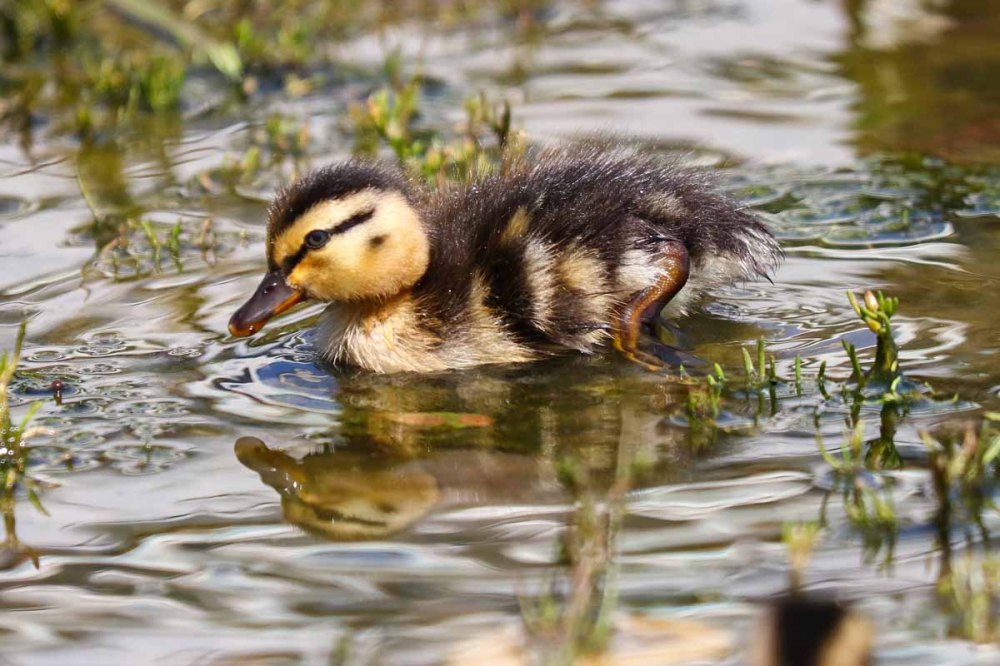 In fact they often came so close it was difficult to photograph them with the 300mm lens! 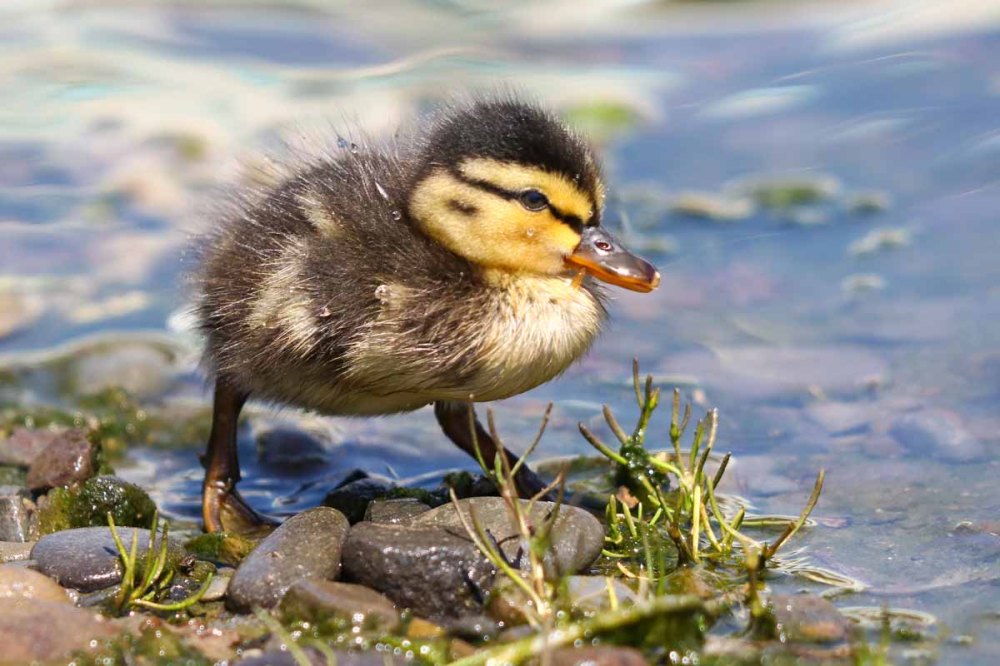 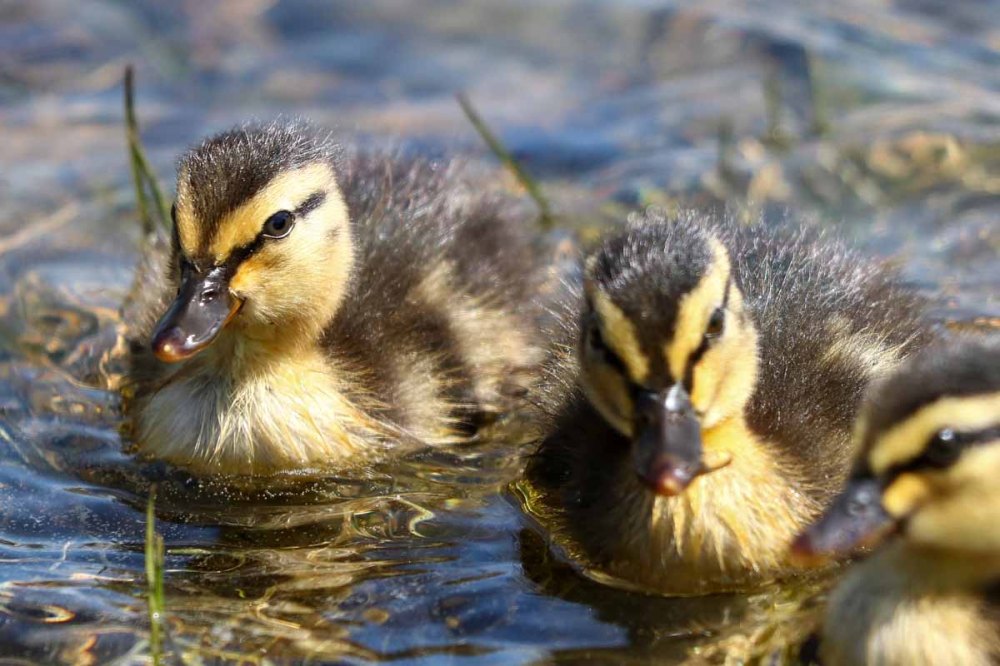 The ducklings appeared to have left their nest very recently, as they were still very tiny, scarcely bigger than the discarded tennis ball floating beside them in the water.

Many of the babies still had a visible ‘egg tooth’ (see the tiny white spot at the end of this duckling’s beak). The egg tooth is a tiny spike which enables a bird to pierce through the egg shell during hatching. This usually falls off within just a few days. 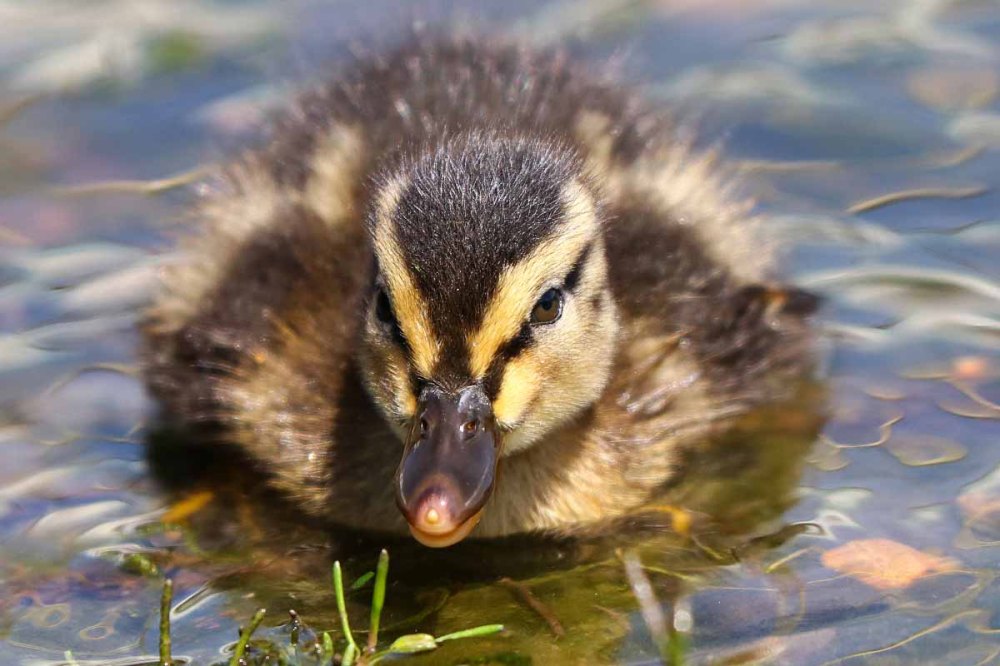 As I watched the ducks feeding together they were soon interrupted by a passing family, who threw several pieces of bread into the water.

This led to a few anxious moment as the gulls and crows swooped down to investigate. In a panic the ducks retreated into the shadows of a nearby moored boat, the ducklings sheltering beneath their mother and calling nervously.

Both species will prey on unguarded ducklings given the opportunity but fortunately today the bread proved more tempting. As the predators departed the mallards soon emerged from their hiding place to feed on a a few leftover scraps left floating on the water. 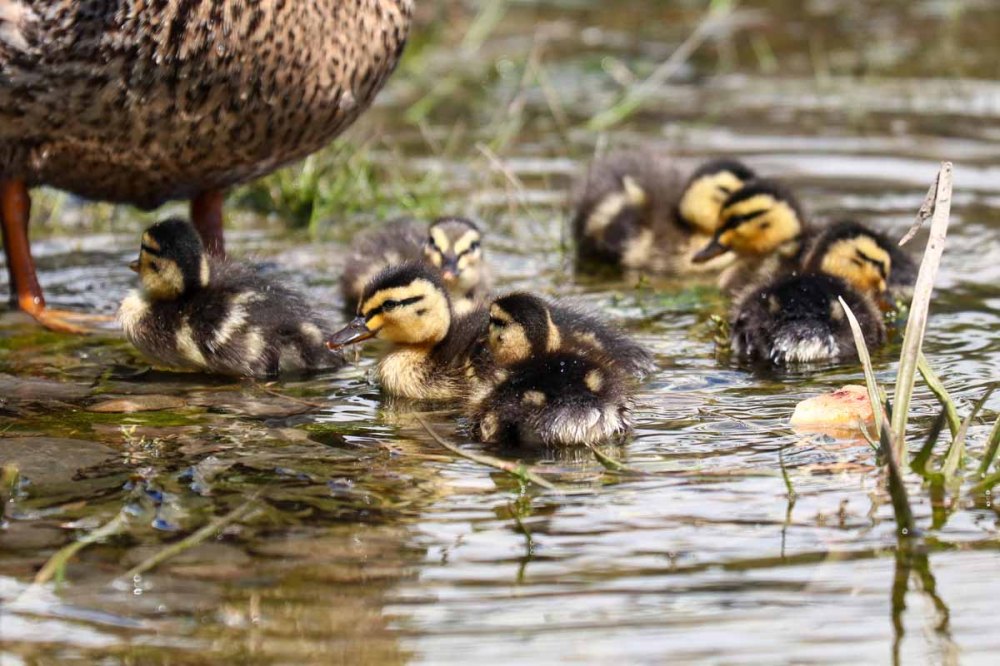 After their eventful morning the ducklings were clearly beginning to struggle, and several clambered up on rocks and the bank to snatch a much needed rest before their mother moved them on again. 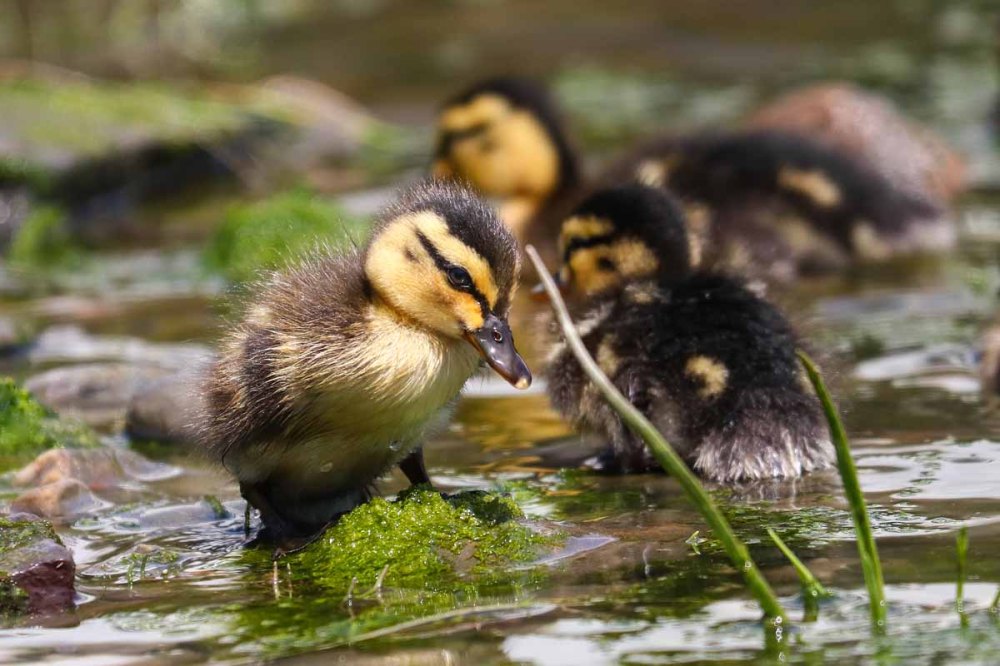 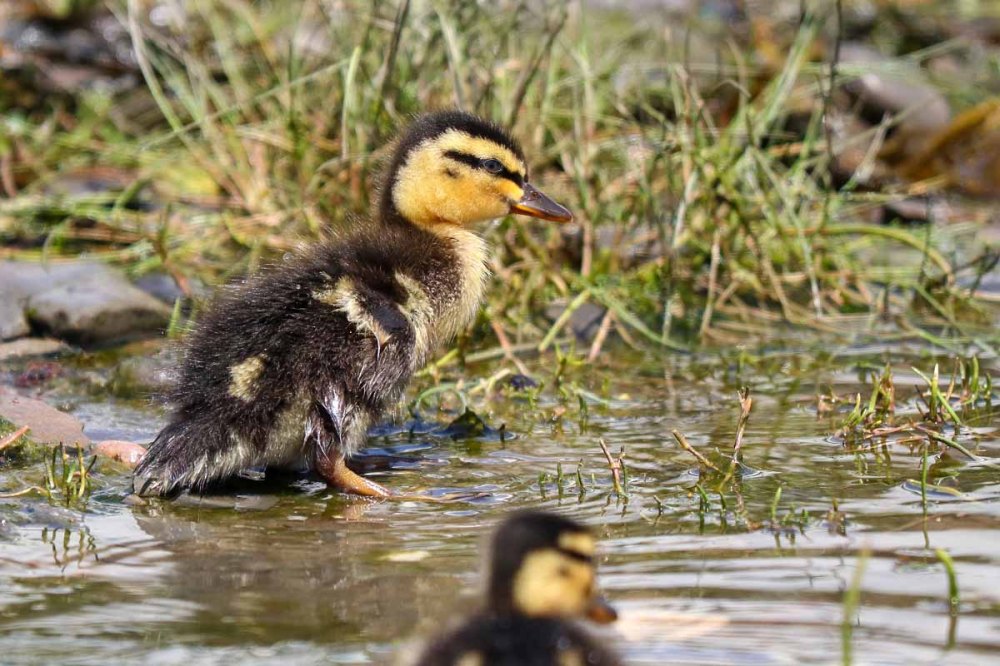 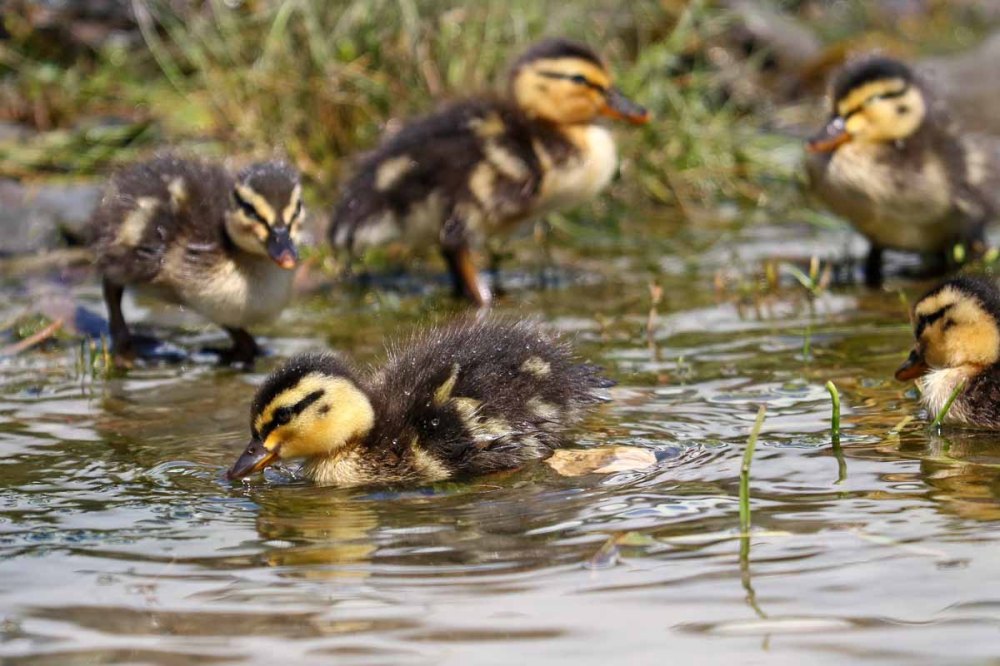 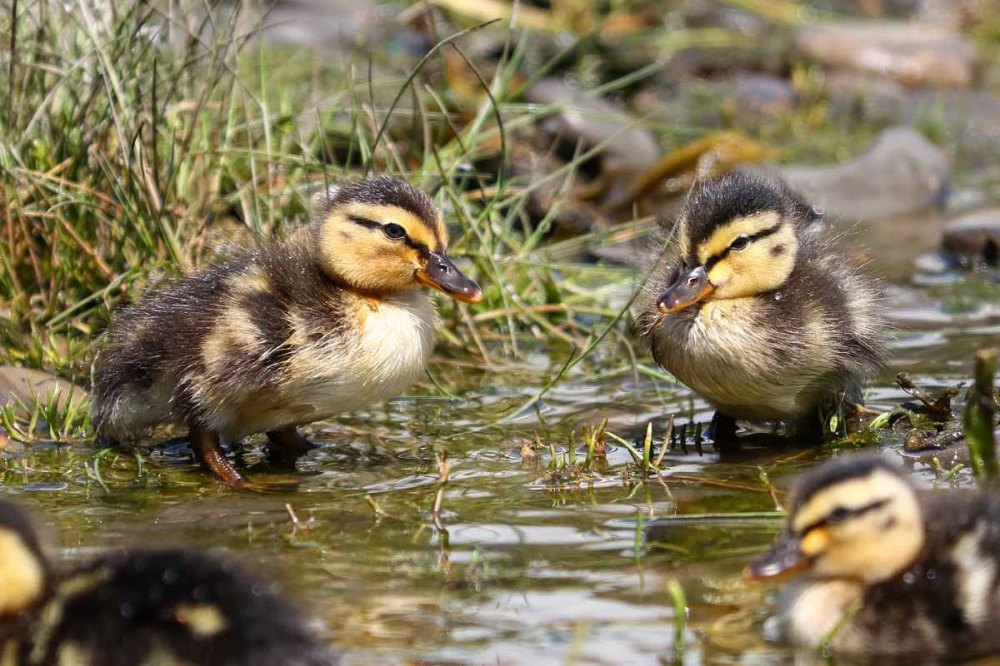 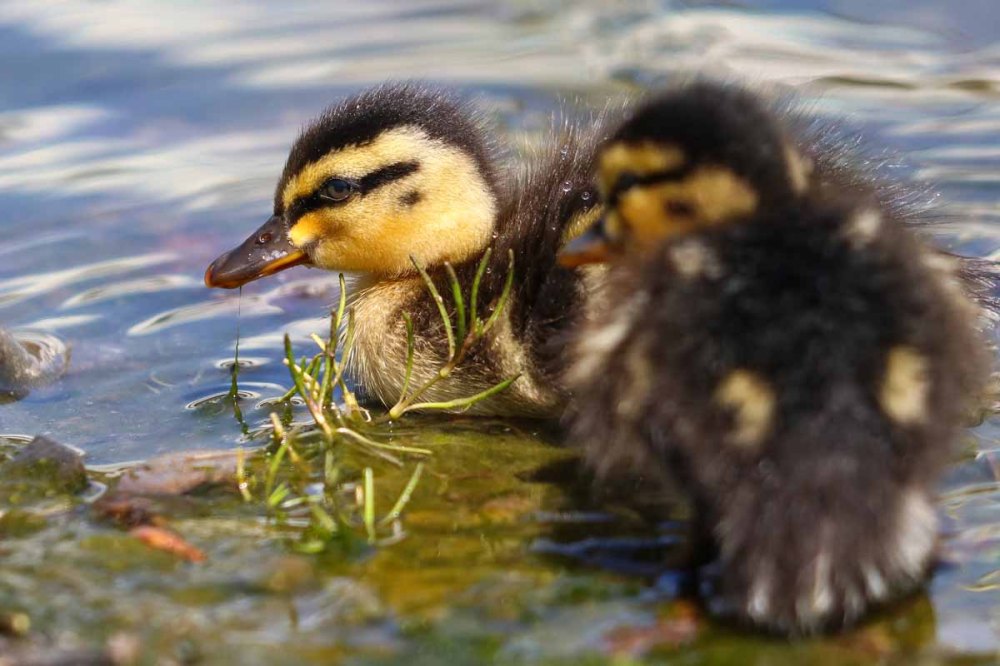 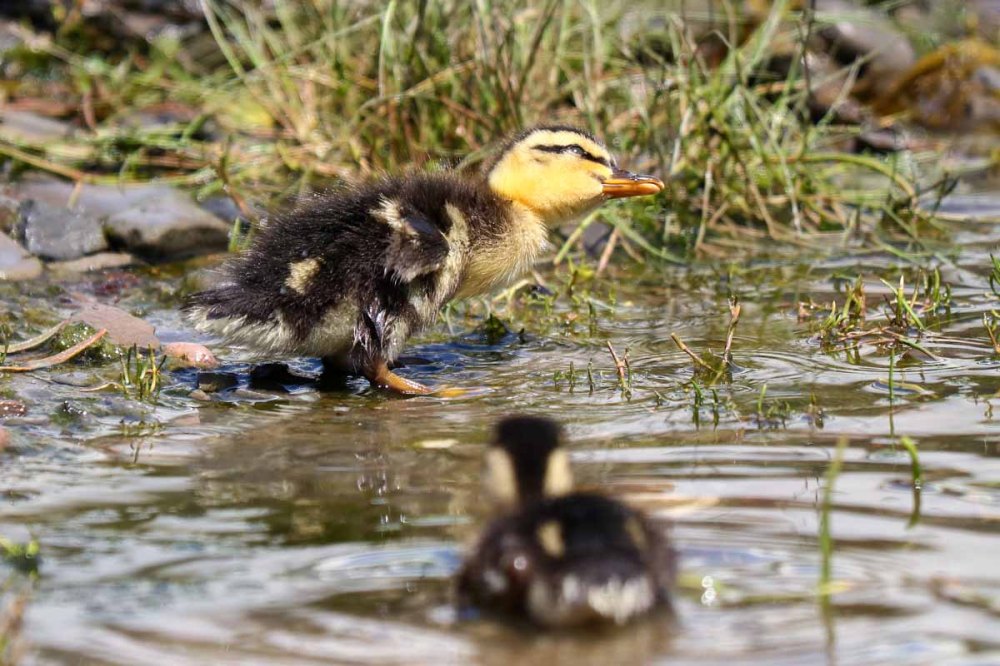 The future for these seven tiny ducks is far from certain. They will face a daily struggle against the elements (yet more rain and thunderstorms are forecast), they will have to find enough food and dodge a gauntlet of predators from crows and gulls, to foxes and even mink.

It appears that such dangers have already claimed the mute swan cygnets this year, so I can only hope at least some of these mallard ducklings will survive into adulthood.

Want to know more about the area where these photos were taken? Read here