After a rather rainy and miserable weekend to dampen all our spirits, the sunshine is now once again smiling down on us bringing positive vibes to the start of the week.

A few days ago I had to visit work to carry out a few essential tasks which couldn’t be done remotely. Once my work was done I decided to make the most of the fine weather and go for a therapeutic wander around the grounds, camera in hand of course.

The country house hotel (Nanteos Mansion) is currently closed off the to public, and as it’s nestled in the middle of nowhere social distancing was unlikely to be an issue!

Whilst the mansion itself stands empty and silent, in stark contrast the natural world beyond the doors is very much bursting with life, the air filled with the buzzing of insects and the tinkling of birdsong. 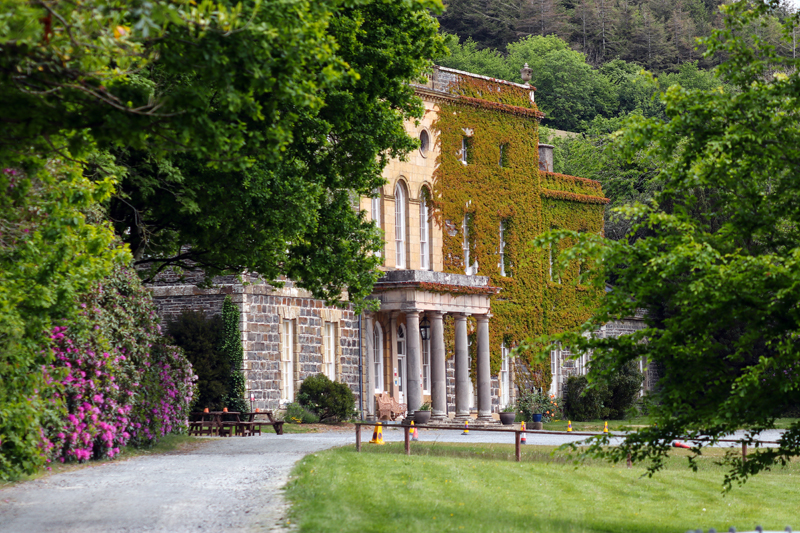 Huge rhododendrons found all the way down the lane

Sound on! Birdsong echoing around the overgrown walled garden

Whilst the walled garden, which is long overdue a revamp always has a slight look of abandonment, is it now even more wild looking and unkempt than usual, nature reclaiming the worn paths under a carpet of grass and tiny wildflowers.

A rosemary bush growing along the border hummed with the noise of tiny insect wings, it’s fragrant flowers providing food for numerous insects such as this striking red mason bee. 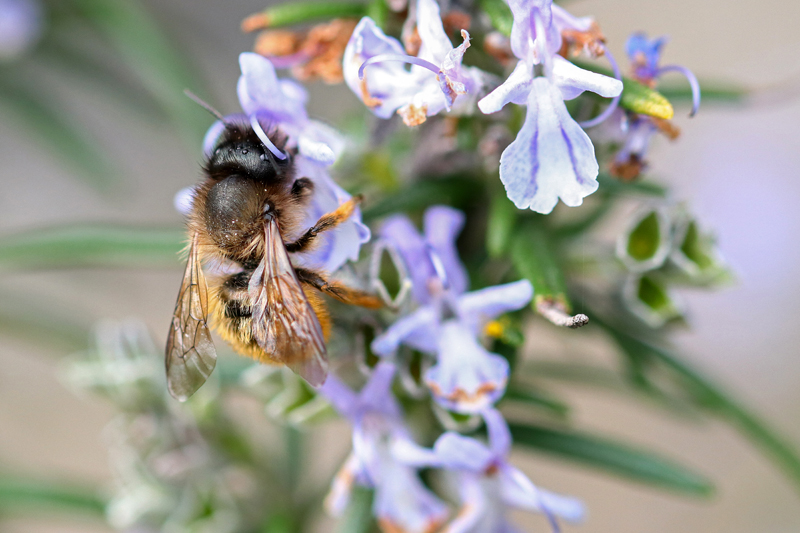 The mason bee gets it’s name from it’s habit of nesting in wall cavities so no doubt this little bee has taken up residence in the brickwork of the nearby brick wall.

A lone iris also found inside the walled garden

All around the estate the lawns and borders, usually carefully cut and cultivated have been left to grow wild and untamed, allowing both the vegetation and bugs to thrive.

Plantain and dandelions growing tall behind the house 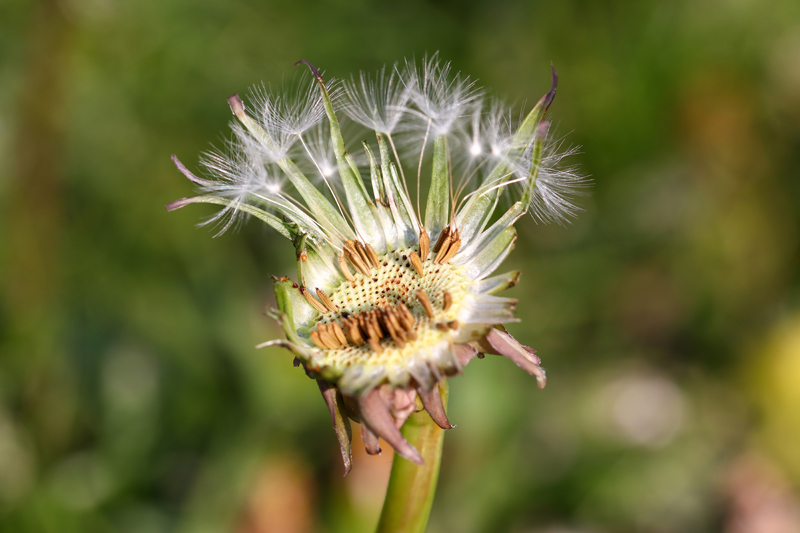 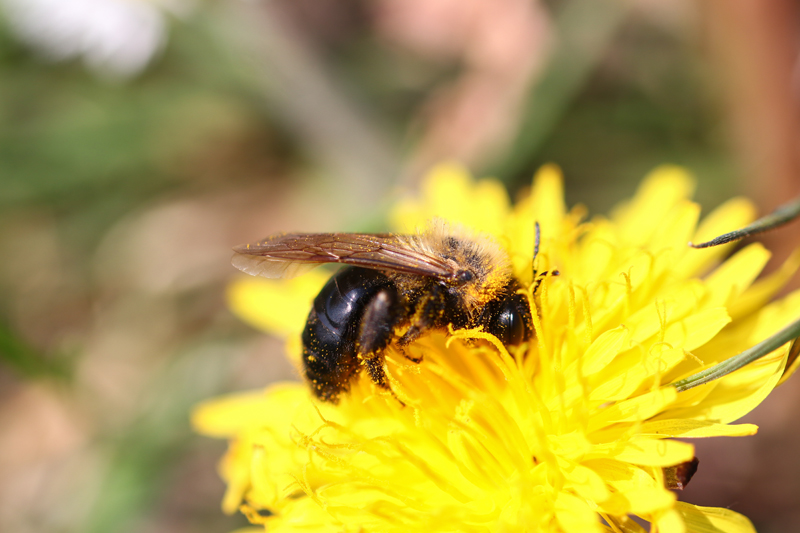 A forest bug with striped flanks

The last of the daffodils, whose short flowering time is almost over 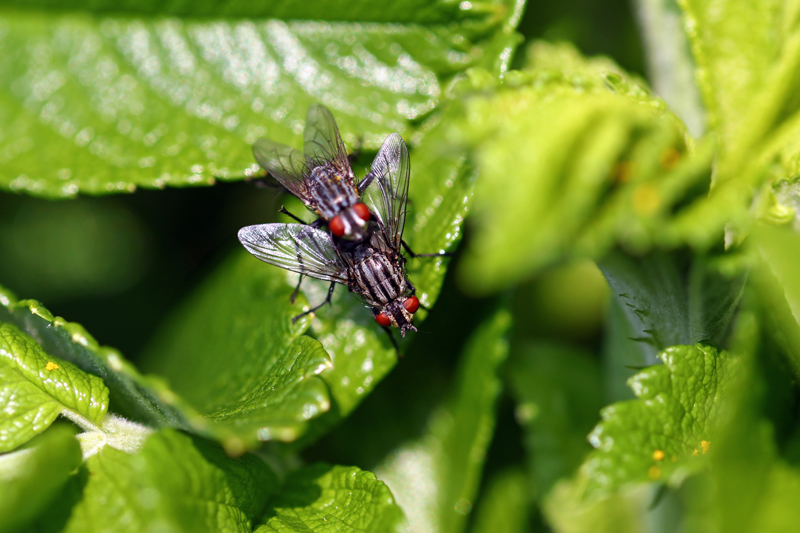 A tiny yet perfect herb-robert wildflower

Another fly, with an iridescent blueish green body

Leaving the mansion behind and winding down the narrow road towards the lake, I was delighted to find the bluebells still in full bloom on the sunny slopes.

The lake under a blanket of lilypads

These precious flowers can be found here every Spring, although sadly there will be far fewer visitors to appreciate them this year.

These bluebells are the native variety Hyacinthoides non-scripta, with characteristic drooping stems, highly curved petals and a sweet perfume.

The characteristic shape of a native bluebell

The UK and it’s woodlands are a vital habitat for these flowers and are in fact home to over half of the entire world population!

The bluebells are not just attractive to us but also to numerous species of insect who feed on their nectar. Insects such as this rather lovely orange-tip butterfly, which also happens to be one of my favourites. 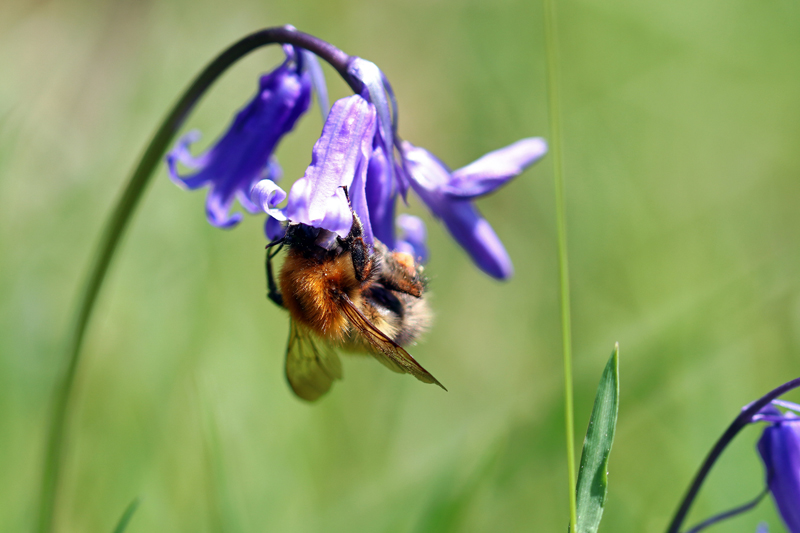 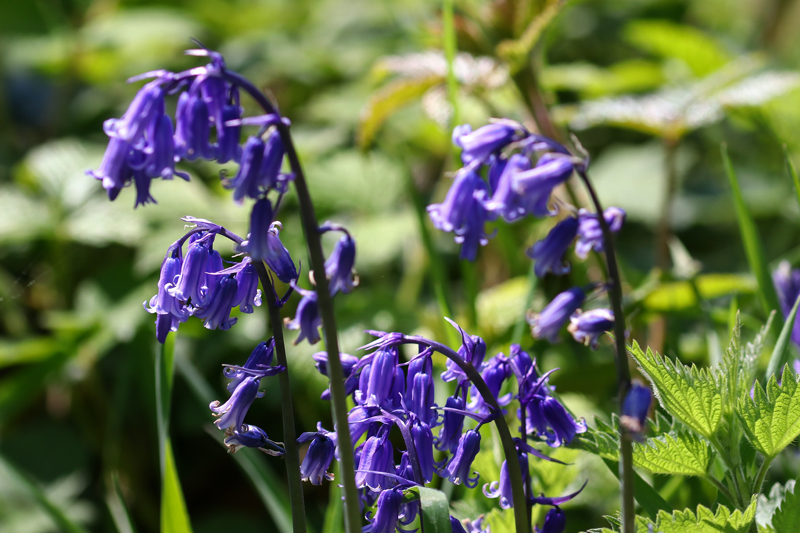 It’s not just the bluebells I found in abundance beside the lake, the skies were also full of numerous flying insects including several species of spectacular damselflies.

Damselfly on the iron bench beside the lake

Damselfly on a leaf

The majority of species were large red damselflies. These males of this species have deep red eyes and tails, with yellow and black body segments which have a metallic sheen when viewed in bright sunlight.

Just look at those colours!

All of the individuals I photographed appear to be males, presumably females were also present but as they are much drabber in colour, they are not nearly as easy to spot! 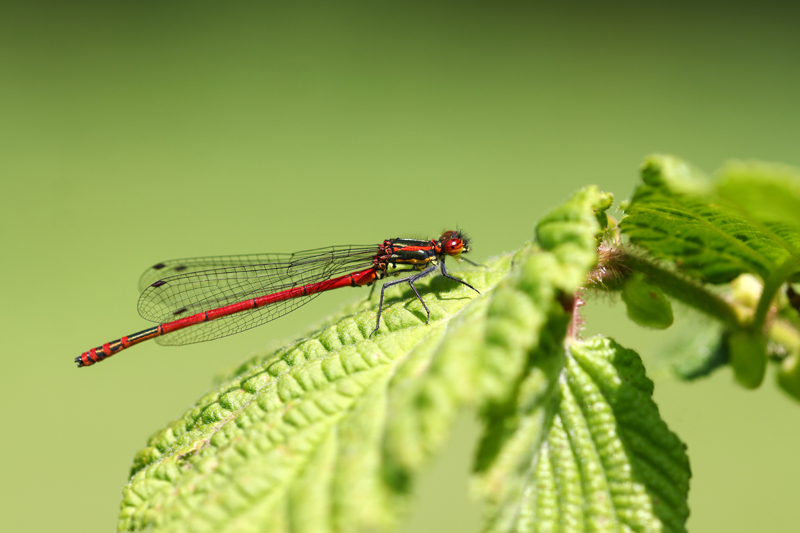 Other species found include this more subtly coloured female blue tailed damselfly. This individual is newly emerged and has a buff coloured body and powder blue tail. It will gradually become a more vivid shade of blue as it matures.

Immature female (You can see other example of this species here)

Another female, this time an azure damselfly with striking blue and blue stripes. 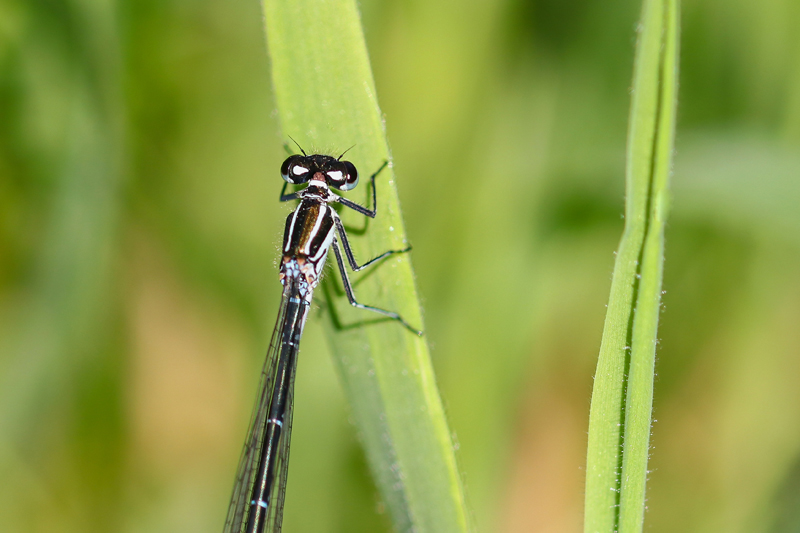 Share the ways you are staying in touch with nature during lockdown using hashtags:
#naturetherapy #mentalhealth #neednaturenow