It was back in October when I last saw our mute swan family down on the river Rheidol. At the time their single cygnet was a few months old and almost ready to spread his wings and gain independence. It appears that soon afterwards, all 3 birds disappeared from the area. The cygnet likely left first to join a flock of immature birds elsewhere. The adults then departing for winter feeding grounds as they do each year, wherever these may be!

Today, on a bitterly cold yet bright day in January, the pair have returned to their re-establish their breeding territory ahead of yet another year of cygnet rearing. 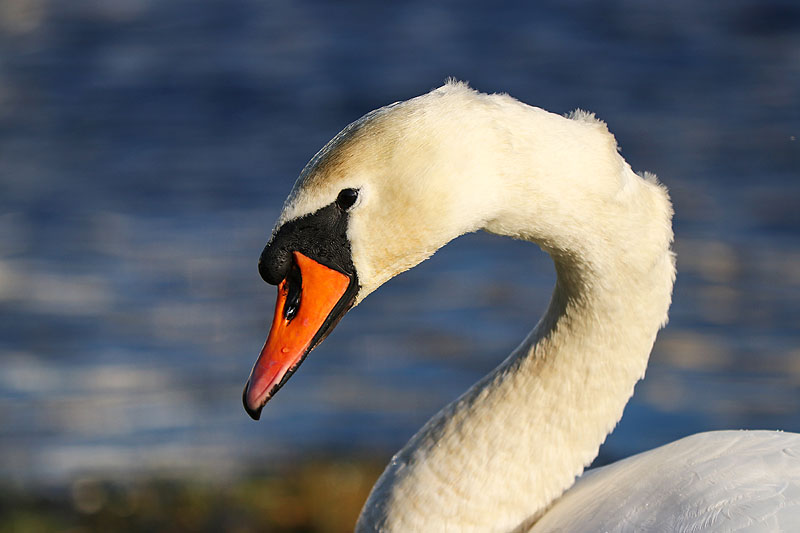 It is too early as yet for much courtship or mating behaviour, something which I hope to capture later in the year. As the swans swam around lazily on a particularly high tide there was not a great deal of action to capture, but the low sunshine did however produce some rather lovely portraits. 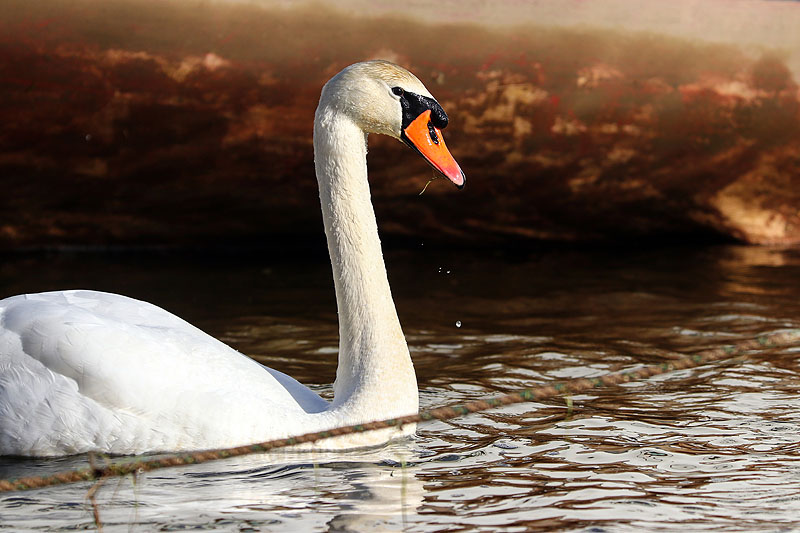 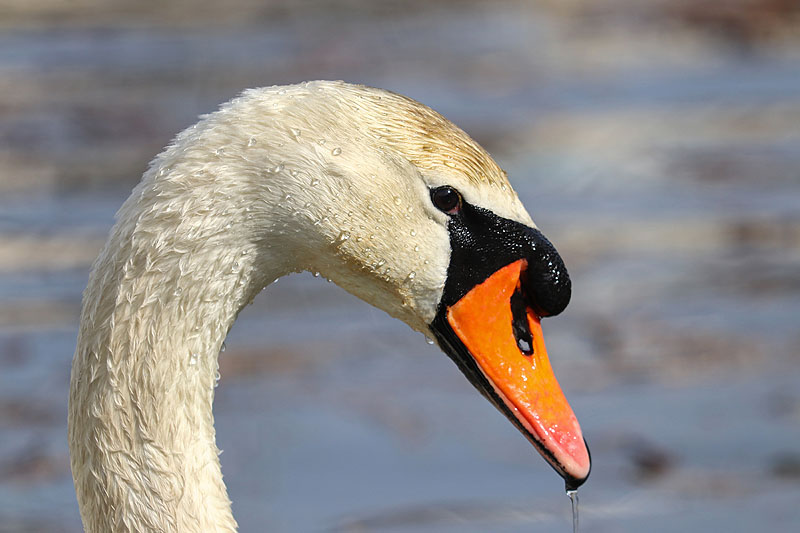 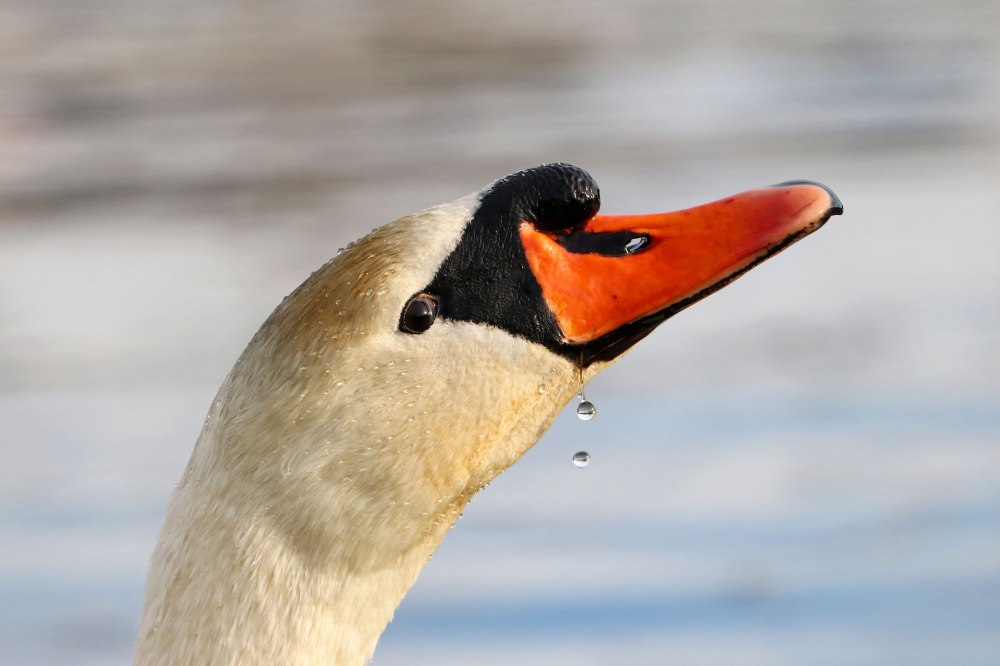 A new bright orange boat on the water was reflecting into the water below surrounding the swans with a vibrant glow making the resulting photos appear as though they were captured at sunset. 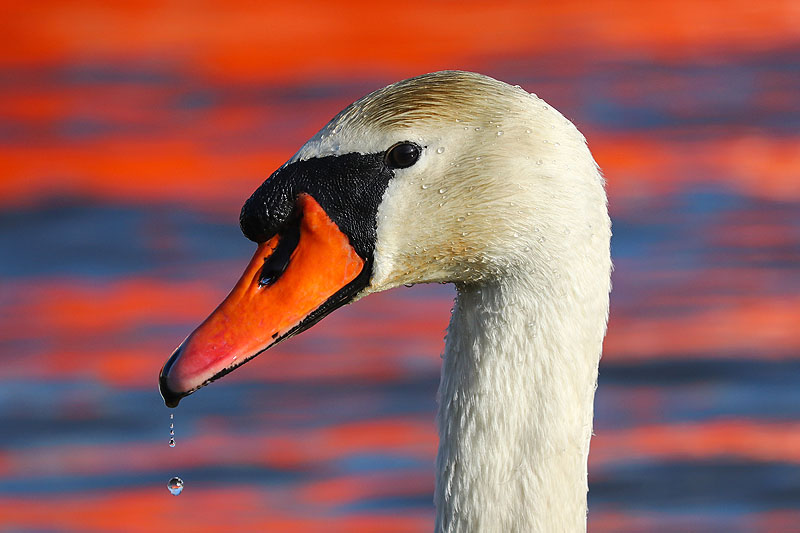 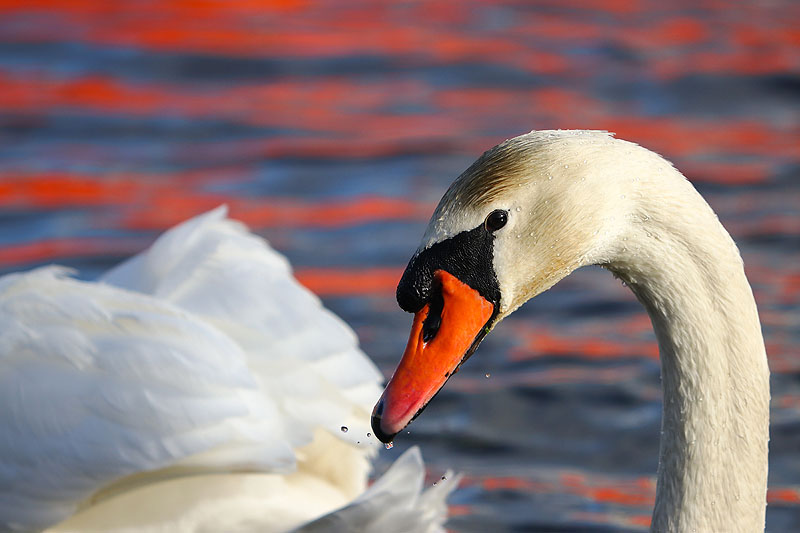 This pair of mute swans have been together for many years, since at least 2013 when they pair were ringed here in Aberystwyth, along with their 5 grown cygnets and during this time they have varying success at raising a family.

Both swans carry large blue ID rings making it easy to identify them and confirm that these are the same birds I have been following and observing for the last few years. You can read more about their trials of life here.

Want to know more about the location where these photos were taken? Read here.