As spring fever grips the country, here in Aberystwyth the mallard population have kicked off their breeding season with a bout of enthusiastic courtship displays. The purpose of such behaviour is for the males to demonstrate their health and desirability as a mate, and for the females to choose the best fathers for their offspring.

Having recently moulted into new breeding plumage earlier in the year, the drakes are now striking, their emerald green heads dazzling in the sunshine. 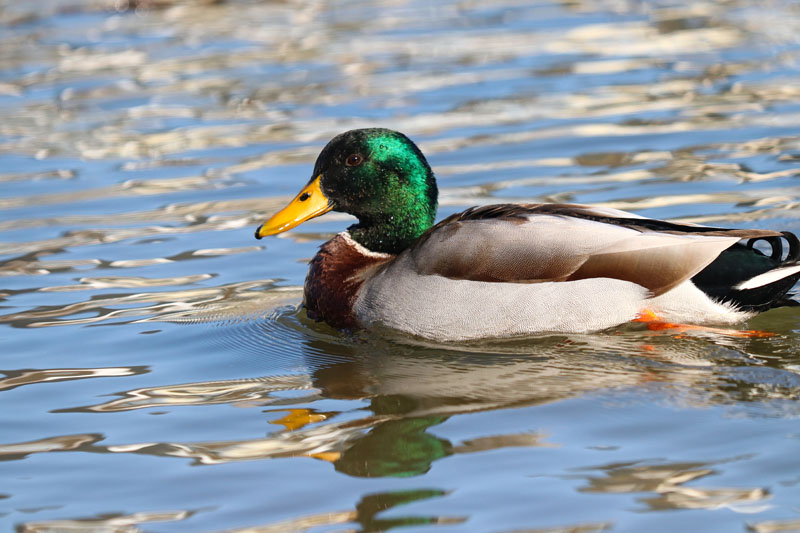 Having had an interest in bird behaviour since reading the works of Konrad Lorenz, it’s great to be able to observe the breeding behaviour in the mallards here in Aberystwyth.

Although fairly tame, the birds still behave naturally and their lack of fear allows you to get a close up view of the action as it unfolds out on the water.

Here are some of the courtship rituals in illustration form.

Below, a very brief video clip of grunt-whistling mallards. Surely one of the most bizarre and extraordinary things you will see in the mallard duck!

Some of the movements are very subtle and difficult to convey in still images, whilst others are very elaborate and energetic, but only last for a split second. Either way I discovered the displays are not easy to capture on camera, but that didn’t stop me from trying!

A trio of drakes with feathers fluffed up to make them look as big an impressive as possible to the females before commencing their displays.

The male in the upper centre of this photo is performing a head-flick – a motion which involves rearing up out of the water and vigorously shaking the head. The drake below him (partially obscured by shade) is in head-up-tail-up display; a bizarre looking pose designed to show off the blue speculum patches under the wing.

Below is the grunt-whistle, a split-second movement where a drake arches his neck and rears out of the water, flicking water with it’s beak. This display is performed with an extraordinary grunt followed by a high pitched whistle.

Frustratingly much of the action took place in the shady area of water, but thankfully I was able to get these few close up views in much better light.

Below: another head-up tail up display in front of an observing female. 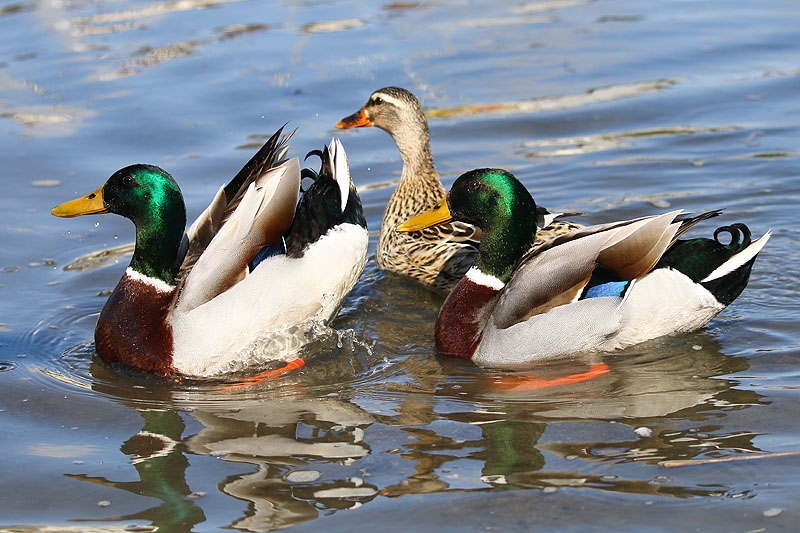 Another more frequently seen behaviour, and one that is easier to capture in still images is the head-flick. This involves the drakes rearing up out of the water and shaking their heads. 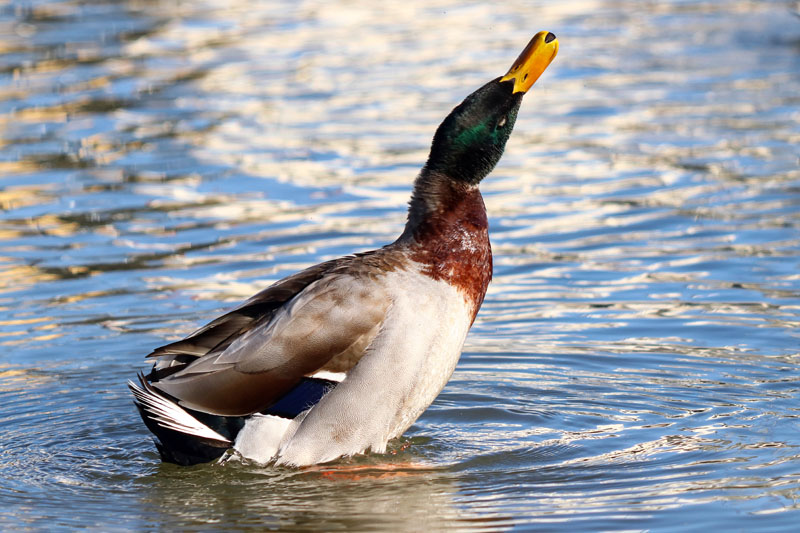 Here you can see the water expelled from the feathers as the head is shaken vigorously from side to side. This is one of the most frequently seen displays during mallard courtship.

A male nod-swimming. Here the neck is extended and the bird swims low to the water surface. Both males and females will perform this behaviour and it is commonly seem immediately after mating as a male swims a victory lap around his female.

Whilst many of the drakes were working hard to win the affections of a female, it appeared that several of the ducks had already paired up. Once a pair is established couples tend to stay monogamous, at least for the duration of the breeding season.

Other matings do occur outside the partnership, but these are almost always the result of forced copulation which is explored in this blog post. 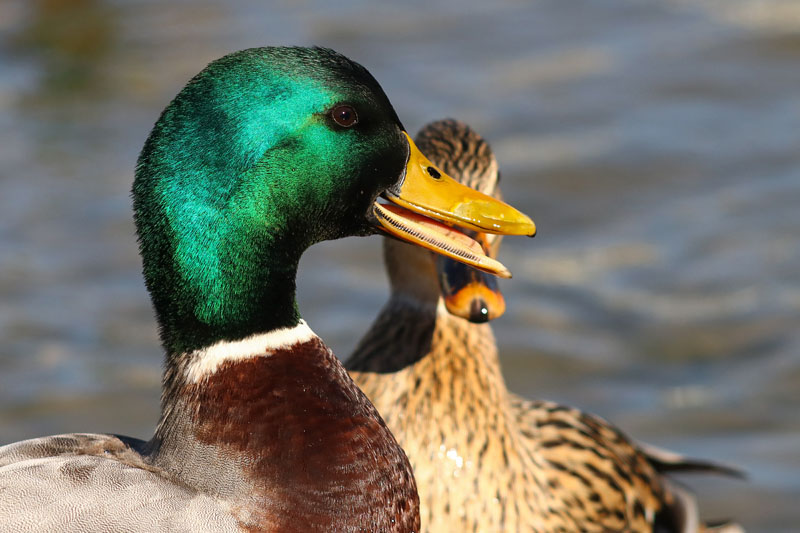 Having secured a mate, the paired-up drakes were very protective of their partners, sticking close to their side and aggressively defending them from rival singletons. 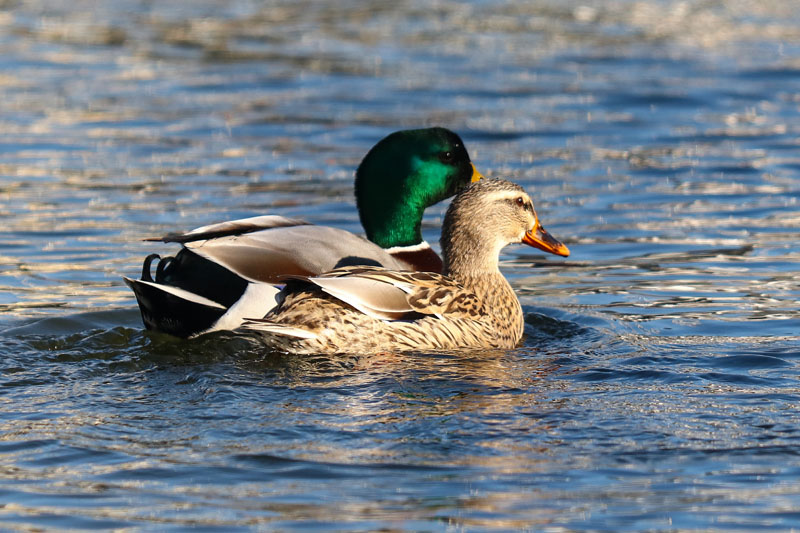 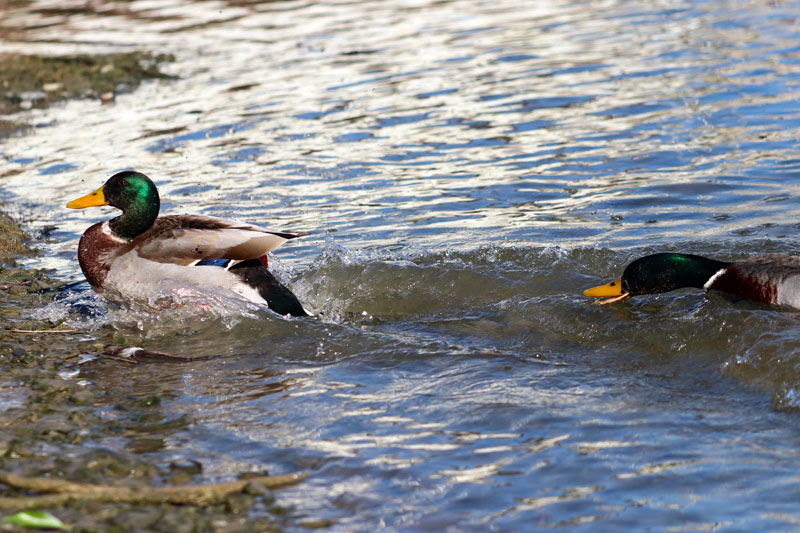 Having chased his competitor onto the bank, these two males then seized each other by the neck with their strong beaks and attempted to drag each other to the ground in a vicious battle.

Thankfully after a few uncomfortable minutes one of the drakes broke free and emerged relatively unscathed, apart from some missing feathers.

Having successfully defended his mate, the male then returned to his waiting female and the pair cemented their bond by head-pumping; raising and lowering their heads in unison. 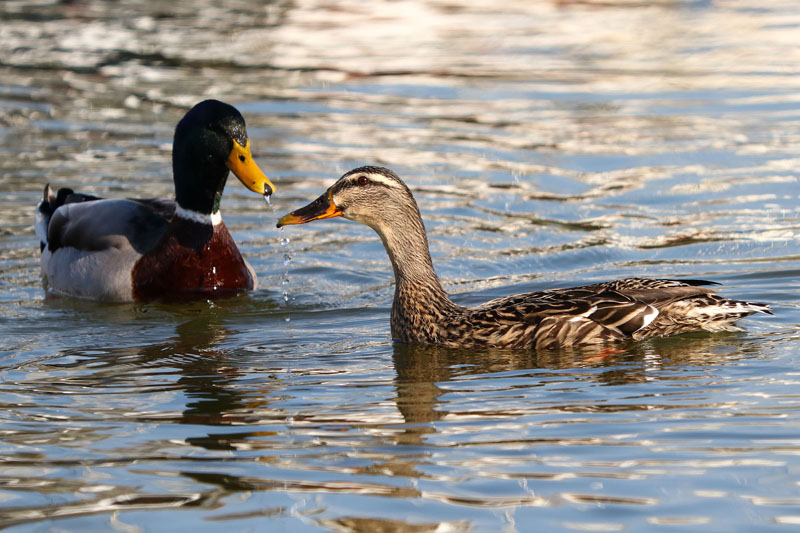 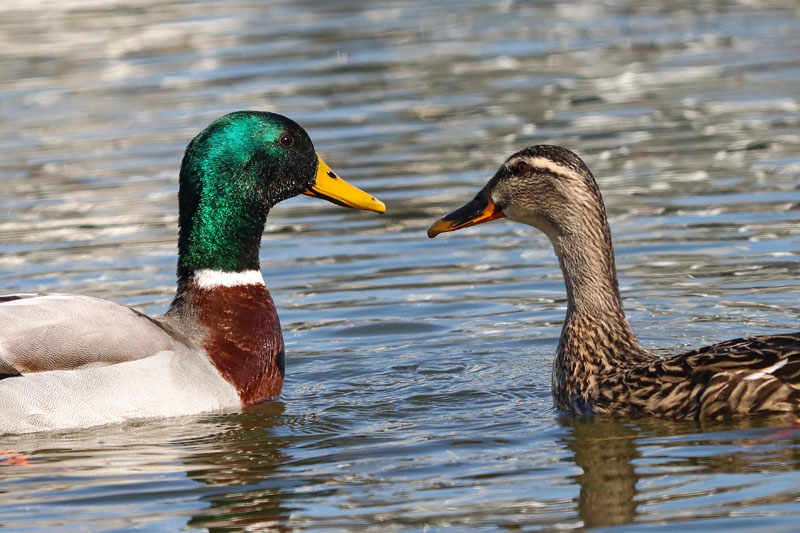 This was followed, as it often does by mating. A successful end to this male’s morning efforts… 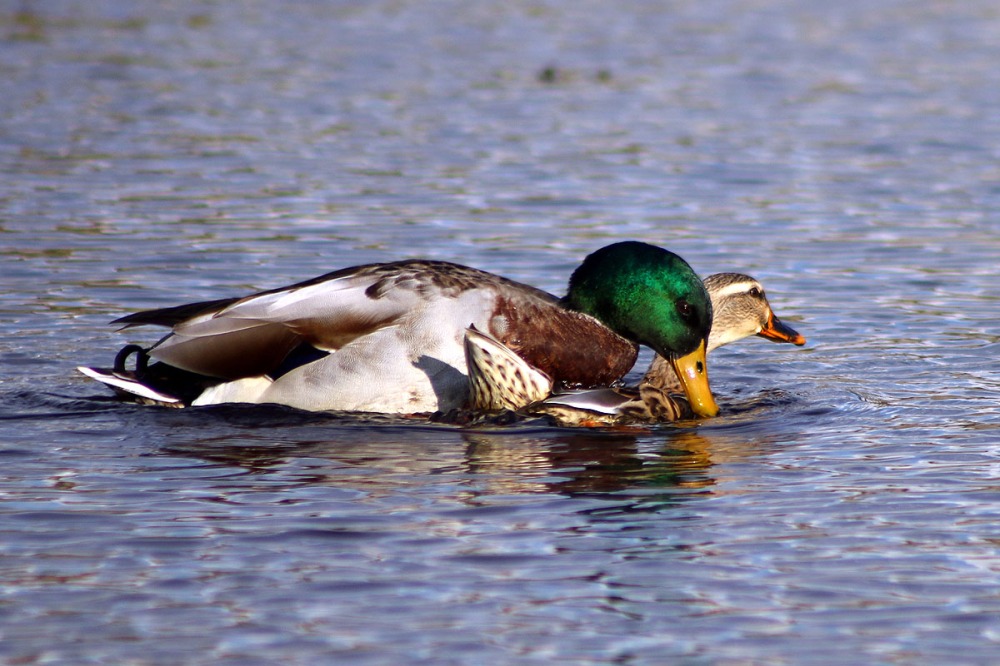 Want to know more about the location where these photos were taken? Read here.