What a difference a year can make…After a distinct lack of ladybirds last year, this year these beautiful little bugs are back and appear to be thriving!

Quite what caused the disappearance last year I’m not sure, perhaps it was the cold snap caused by the ‘beast from the east’ which wiped out many hibernating populations, or perhaps they couldn’t cope with the subsequent drought of the summer?

Whatever the exact reason, it seems highly likely that the strange weather patterns were to blame, and yet people still deny climate change exists?!

Heading out today you could hardly miss the ladybirds. Each step through wildflower verge and little red shells could be seen bumbling around everywhere, in fact it was quite difficult not to squash any underfoot. 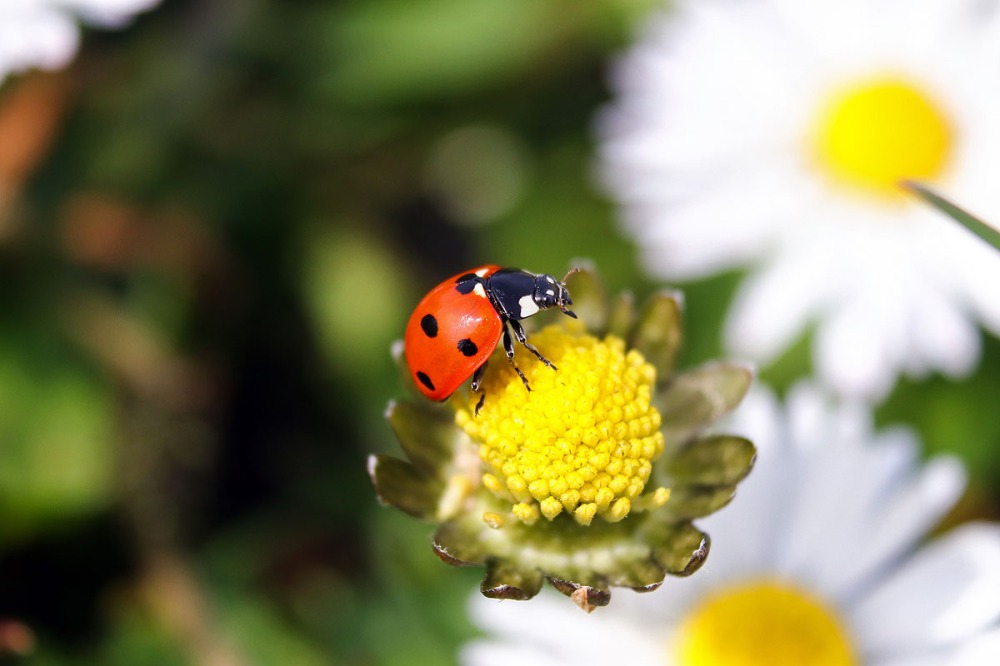 One even hitched a ride on my jeans before it was safety deposited back in the foliage. 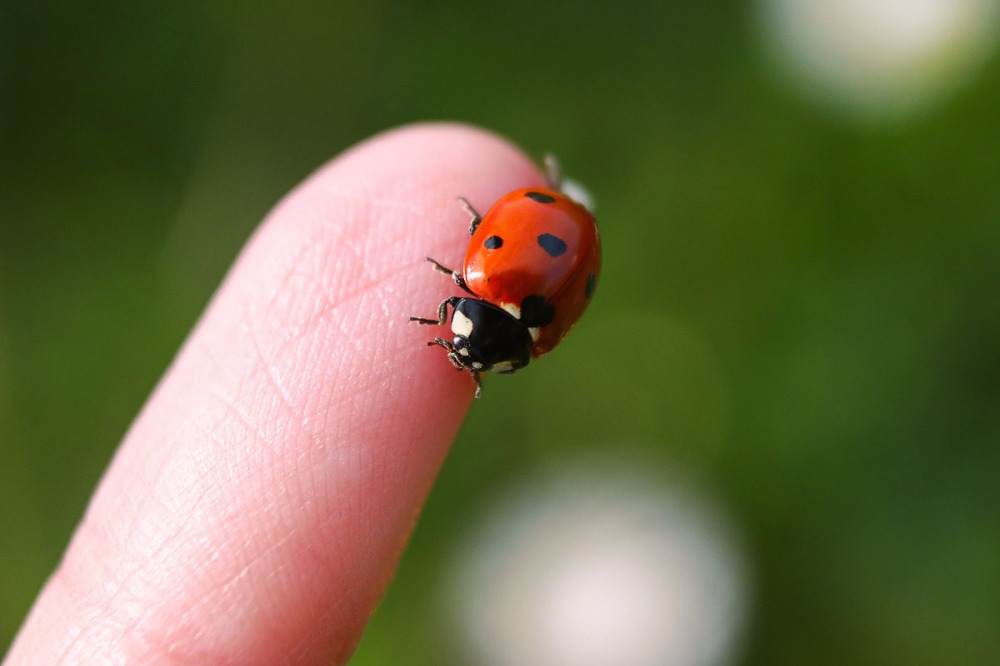 I began to count each ladybird but lost count after fifty…all in just one small area. Almost all of these were native species, the seven spotted ladybird which, as it’s name would suggest, has seven spots on it’s shell arranged symmetrically on both sides.

Although usually fairly slow moving, when startled they could certainly put on a turn of speed, scurrying up blades of grass with surprising agility despite their somewhat cumbersome body shape. 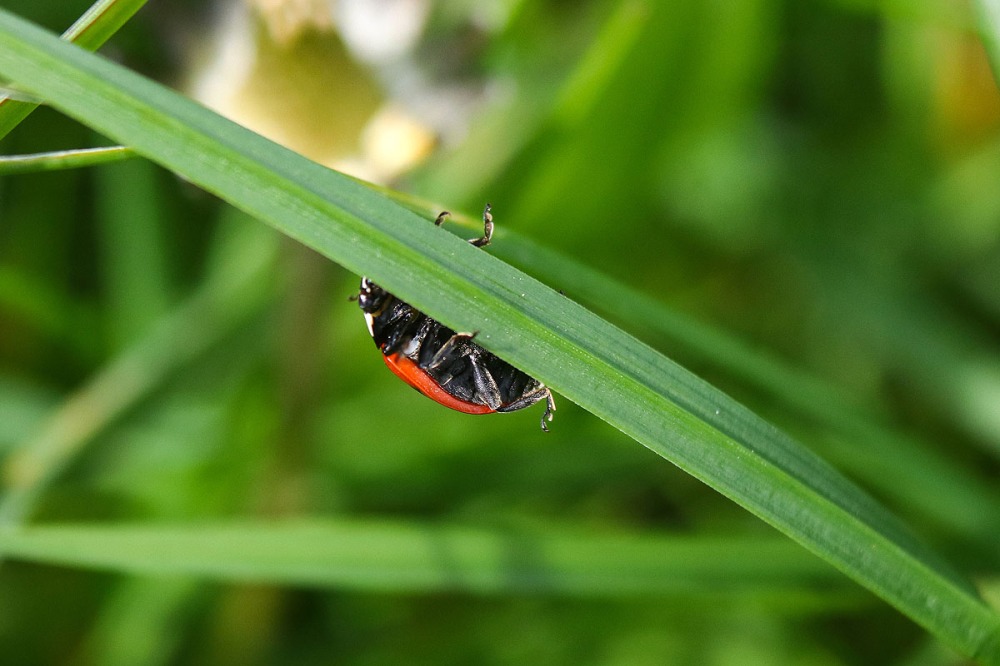 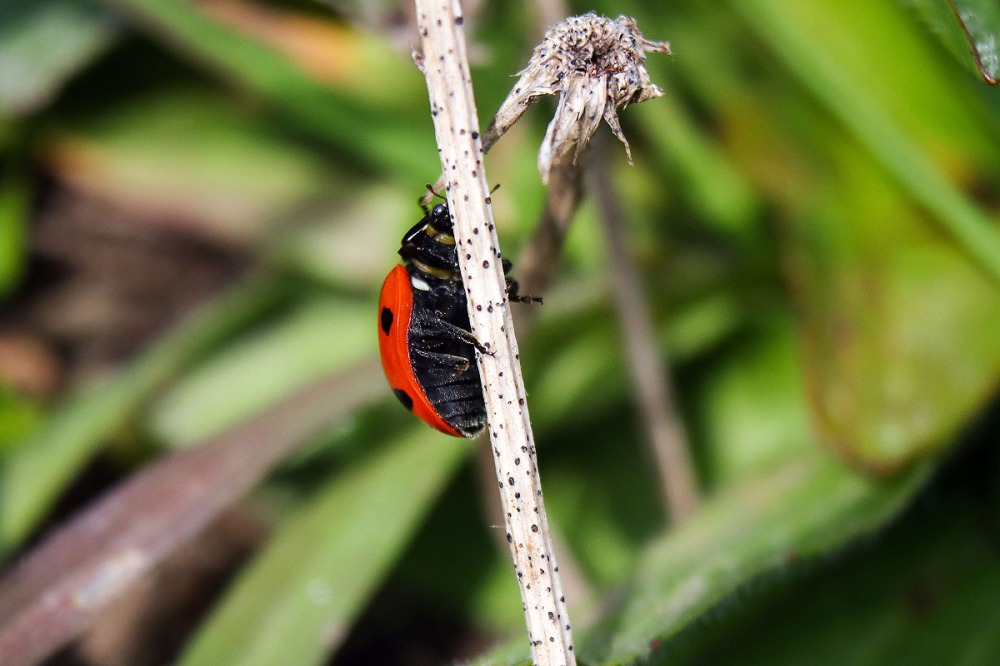 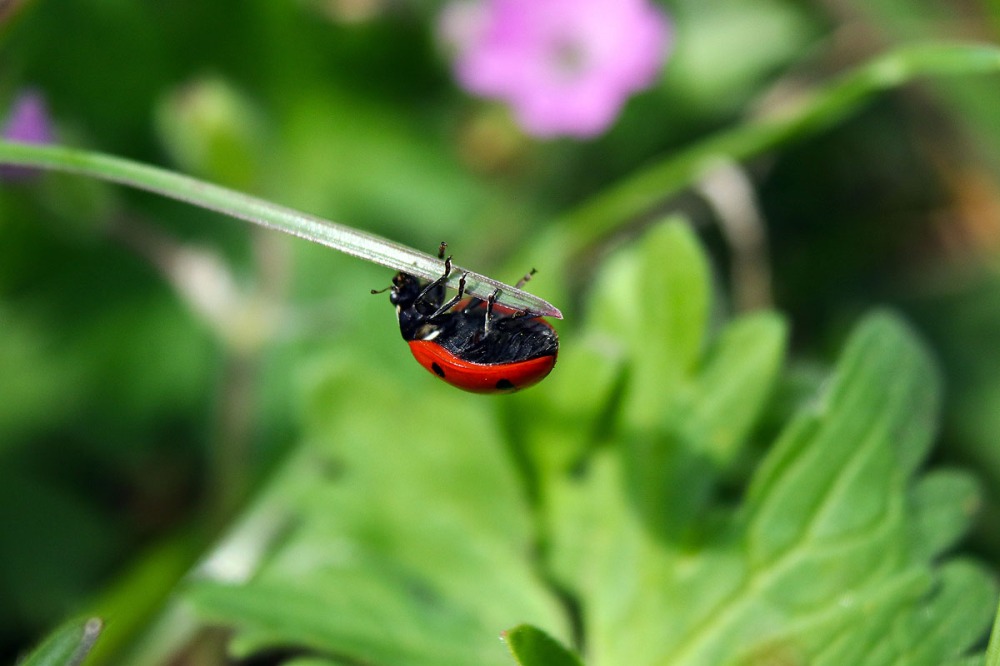 My attempts to catch them in flight, or at least with open wings were rather unsuccessful, this being the only decent shot of the day…

It looks like there will be even more ladybirds appearing in a few weeks time, as all around pairs were busy mating. 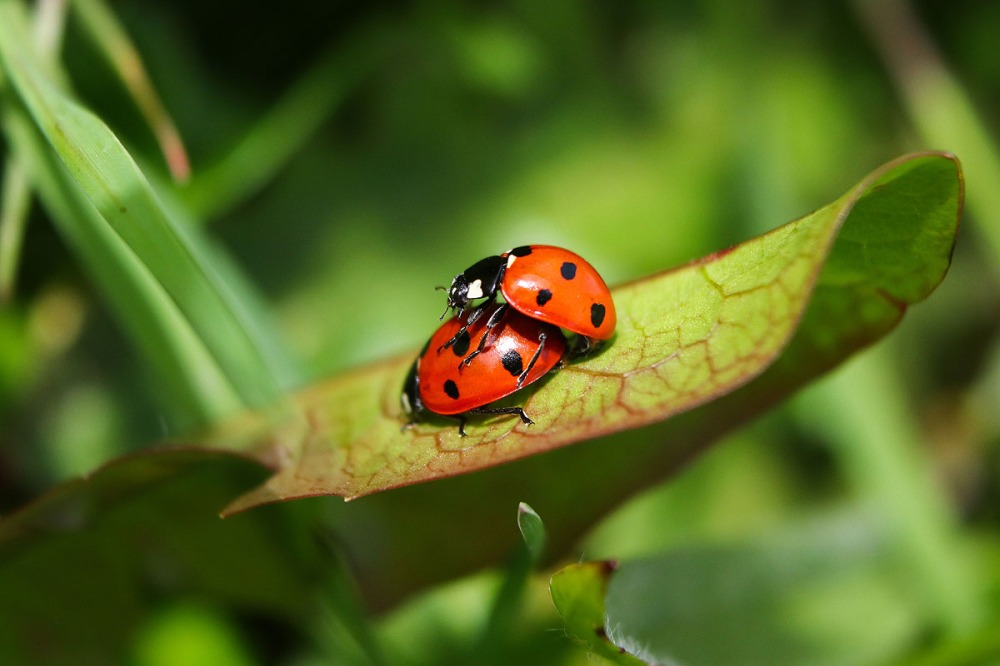 Mating appears to be a fairly slow process for ladybirds, with pairs joined together for minutes and even hours at a time!

Whilst some pairs remained stationary, other females continued to forage and clamber among the grasses as their males bravely clung on! 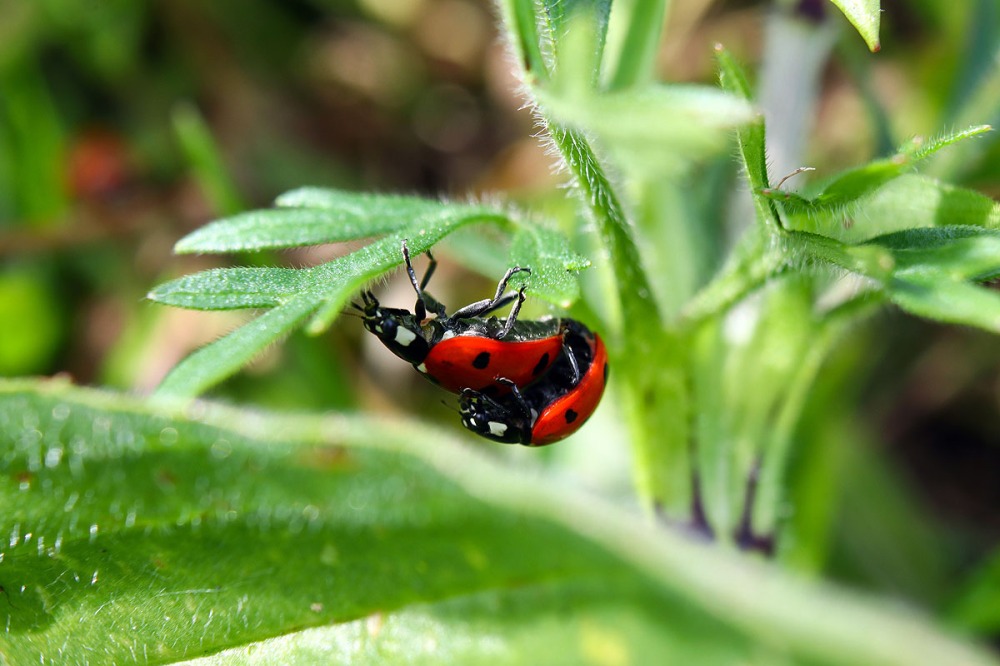 This female even stopped for a feast of aphid while mating continued.